2016 is a leap year which means, you guessed it, and ladies all across the world have the opportunity to pop the question to their lucky other halves on February 29th.

2016 is a leap year which means, you guessed it, and ladies all across the world have the opportunity to pop the question to their lucky other halves on February 29th.

And while in today’s society there is nothing out of the norm about a woman proposing, there are still plenty of excited brides-to-be who can’t wait to ask the ultimate question on a leap year.

As with many other time-honoured wedding traditions, the leap year proposal is steeped in history.

Although the origin of this tradition is often disputed, the most popular reference is as early as the 5th Century, when St Bridget is said to have complained to St Patrick about the length of time women have to wait for a proposal. As a compromise, St Patrick allegedly allowed women a single day in a leap year to propose.

There is even one theory that Queen Margaret of Scotland introduced fines for men who turned down proposals on a leap year – which could have ended up rather costly if you weren’t sure about saying yes!

Nowadays the leap year proposal is less about these elements of tradition and more about pulling-off those big, unexpected proposals that will both you and your fiancée will always remember.

Following a survey of 120 Country House Wedding Venues brides, we discovered that while around a quarter said they wouldn’t ask their man, the vast majority couldn’t wait to share their ideas for an extra special leap year proposal.

“Probably over a fillet steak and bottle of red, watching the sun go down in Ibiza”

“I'd build a Monopoly style board game with places local to us and have "will you marry me?" as one of the chance cards”

“It would most probably involve a Michelin-starred restaurant as he is a chef and I would have tried to make it extra special with his favourite chef involved!”

“Whilst skiing down a mountain together”

“My husband is a superhero fan so would have proposed using this as a 'theme'!”

“I would program his PlayStation to flash 'will you marry me?' every now and again and see how long it would take for him to realise”

I thought I was going to have to (it took Paul 10 years and I'd bet a friend I'd do it this leap year if he still hadn't popped the question!). I think I'd do it on a super relaxing holiday, maybe in Cornwall as he loves it. Not on one knee though, more in a "so, we should get married, what do you think?" Kind of way, as then Paul's masculinity wouldn't feel 'threatened ' at all, haha!”

“We have Scrabble magnet letters on the freezer. We leave each other messages all the time, so I'd have asked him like that! A bit tongue in cheek!”

“With a KFC bucket.”

If you’re looking for further inspiration for your leap year proposal, here is a handy guide of what you should consider before popping the question:

On holiday, in a swanky restaurant or in the comfort and privacy of your own home… the location of your proposal is key to making it memorable and meaningful! 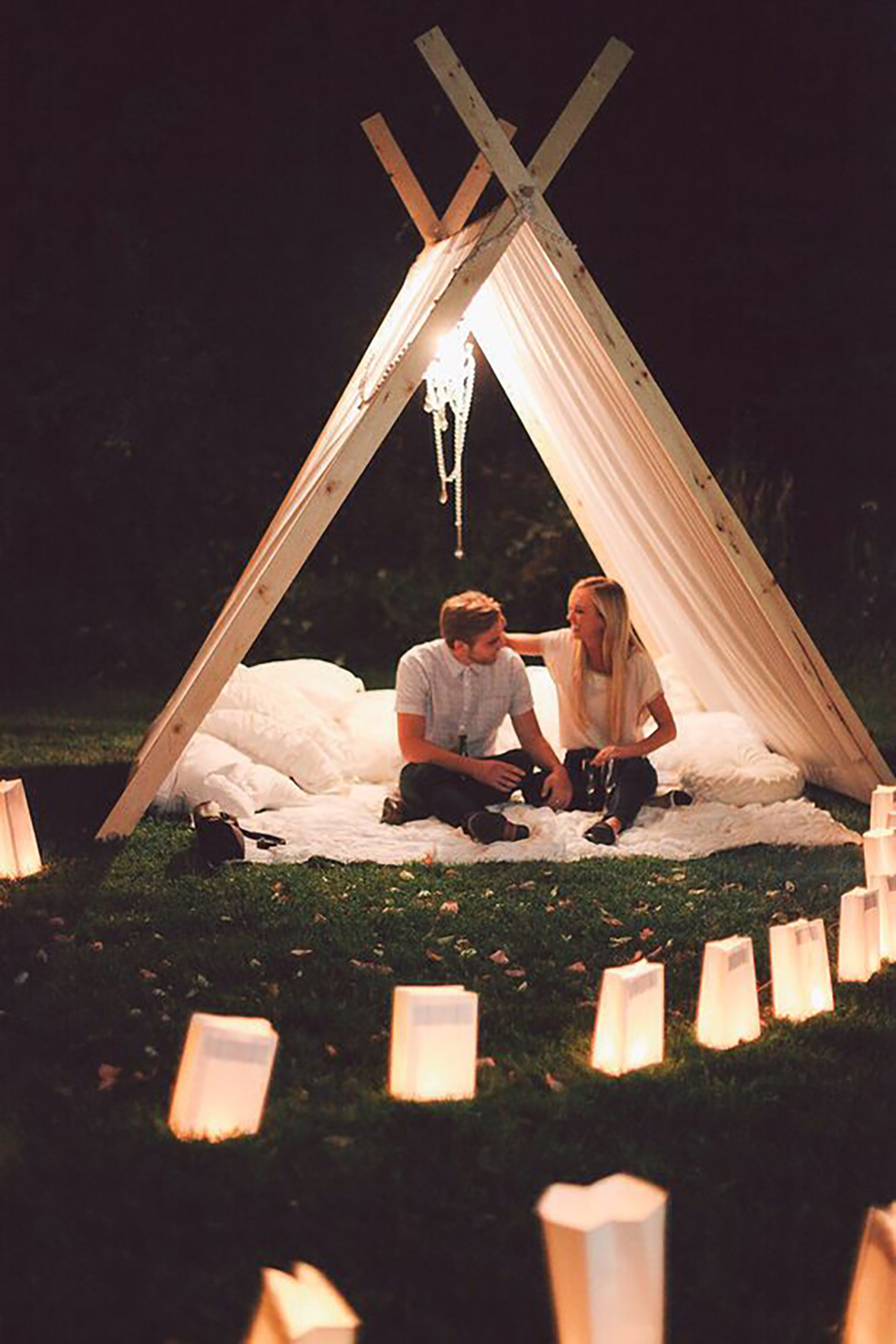 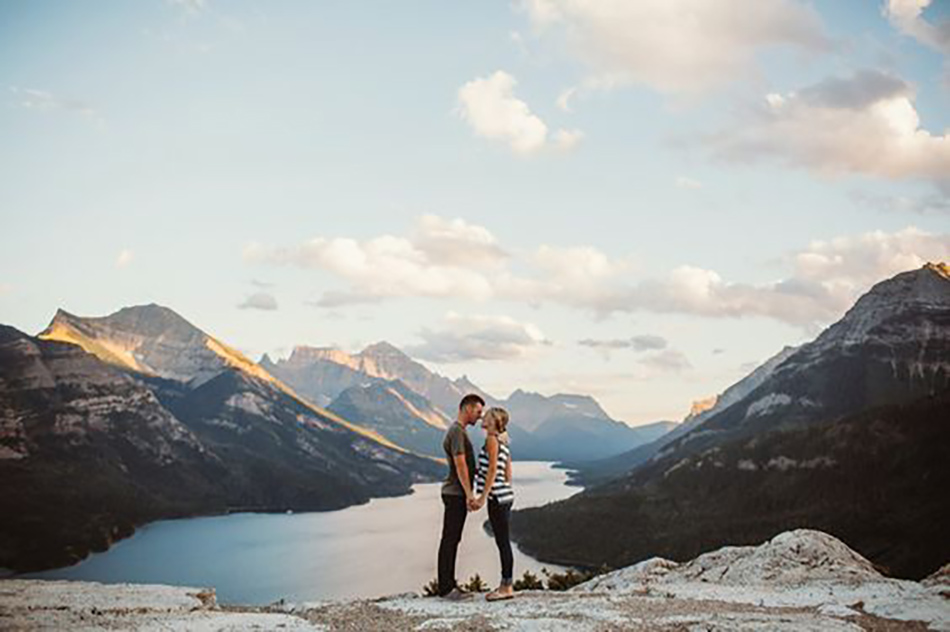 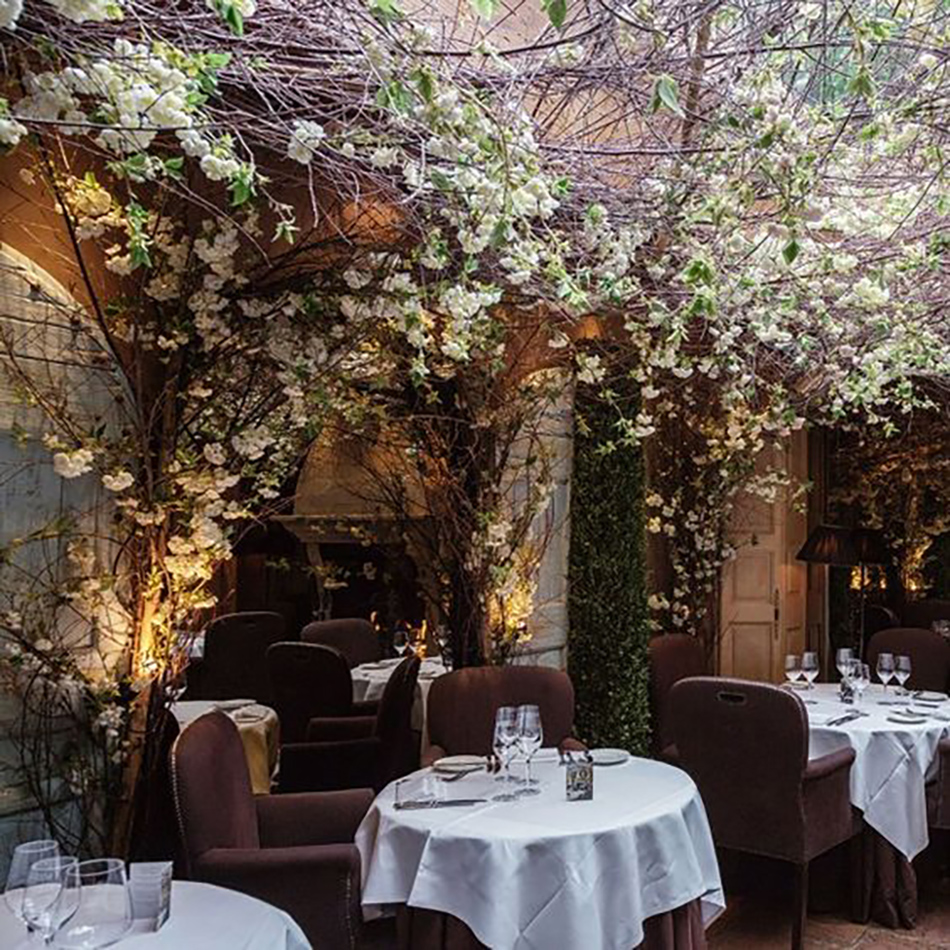 Ok, so you can’t necessarily control the weather for your big proposal, but consider what kind of setting you’d like to get down on one knee in: a crisp autumn morning, a sunny summer afternoon or a magical snowy evening in winter? 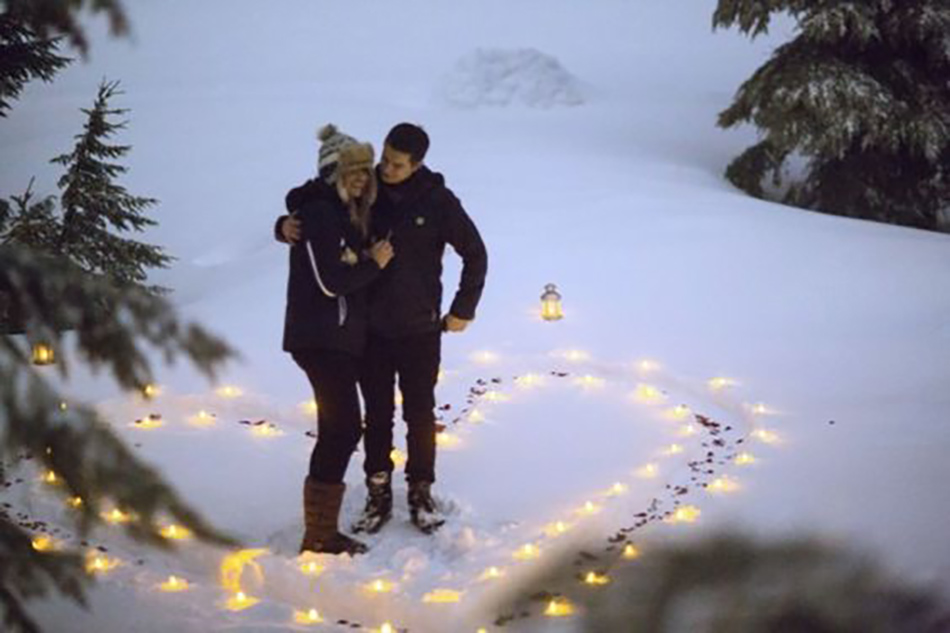 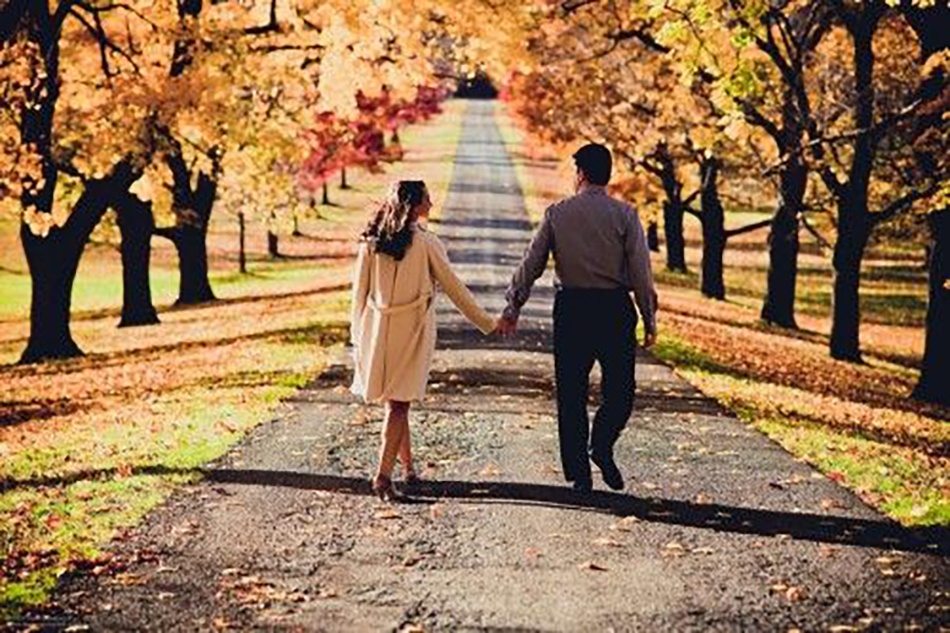 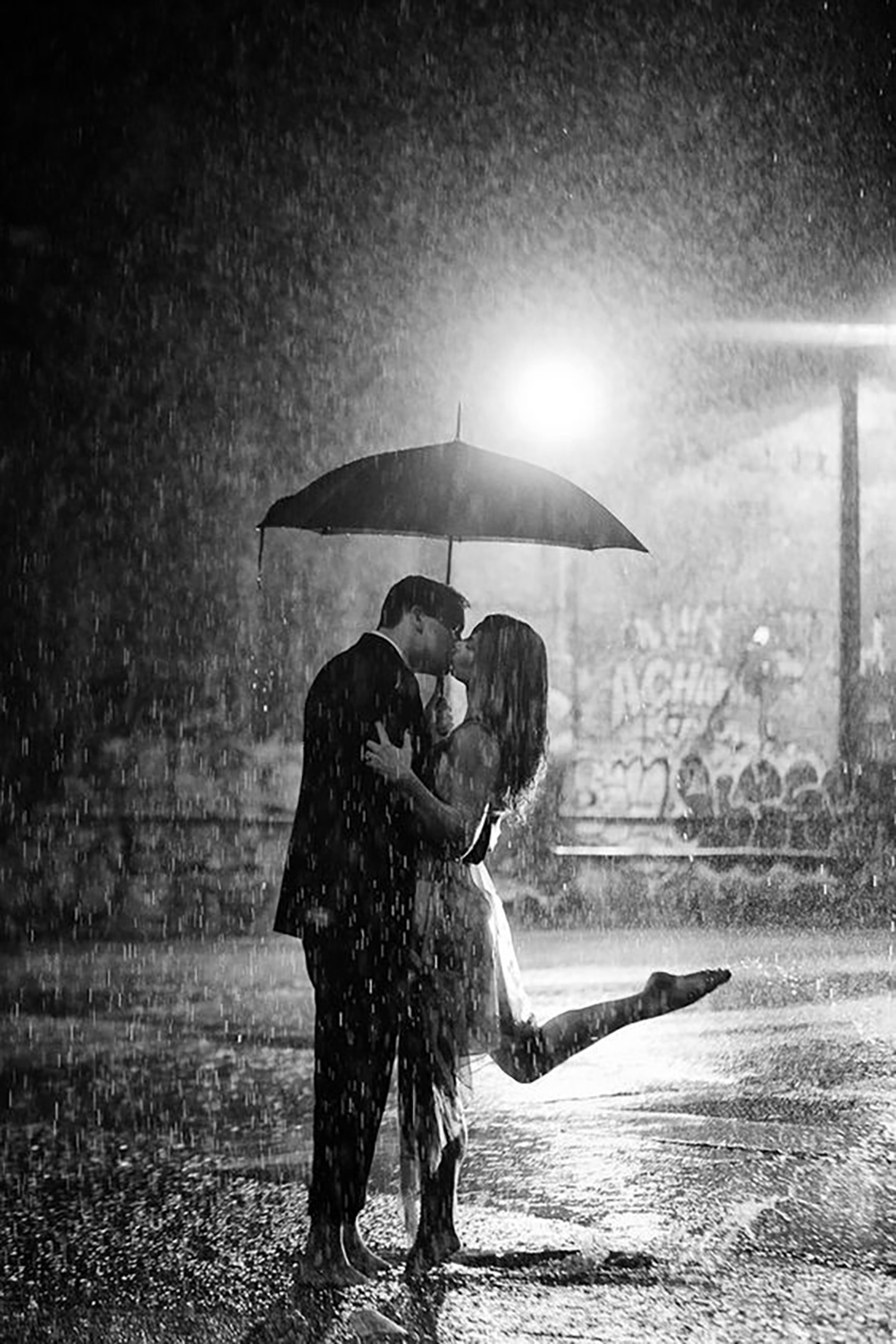 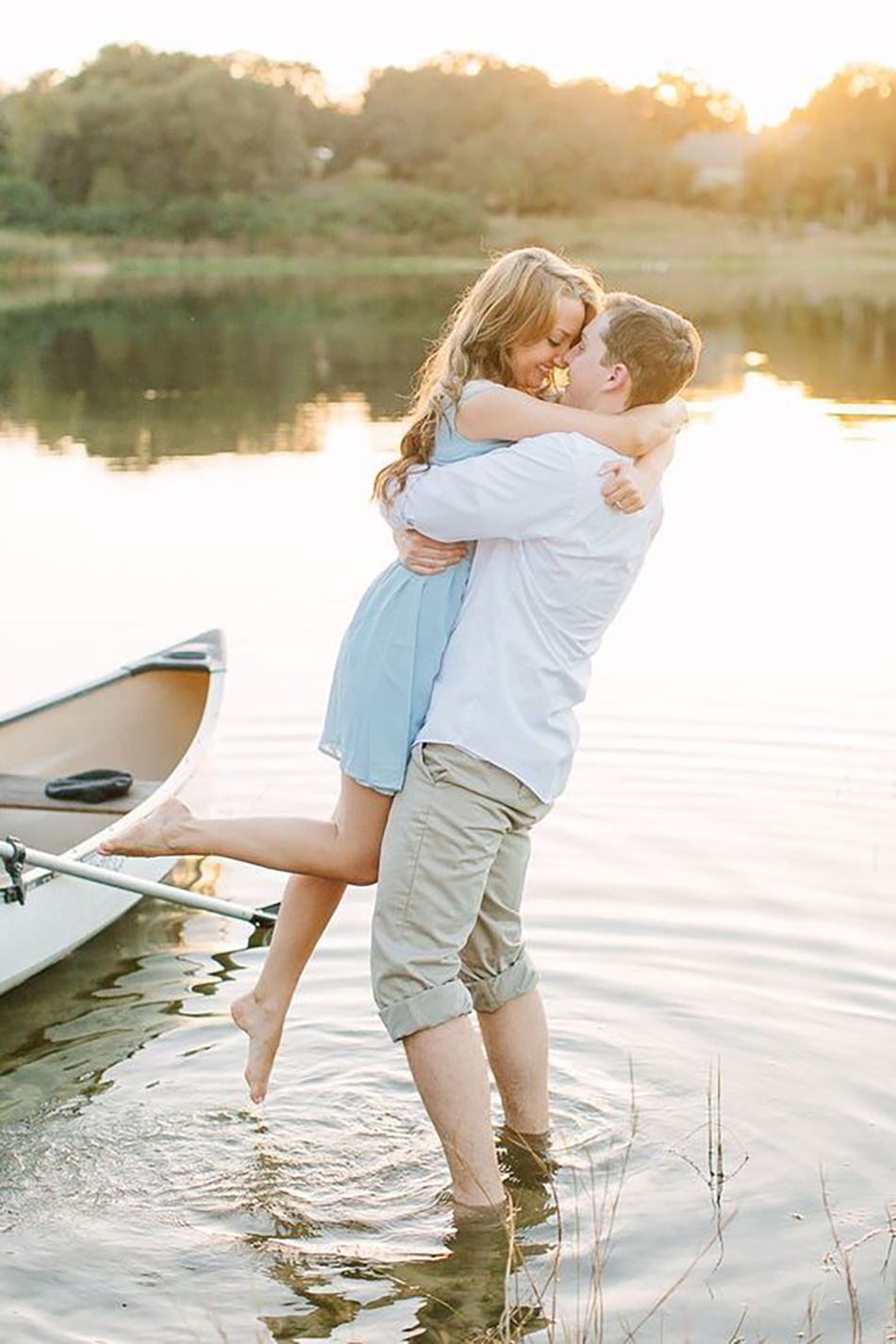 Want to pull off a show stopping proposal that will make your fiancée feel that you’ve truly thought of them? Put time and effort into your proposal and you’re nearly there. Think homemade and handcrafted elements to create a truly romantic setting. 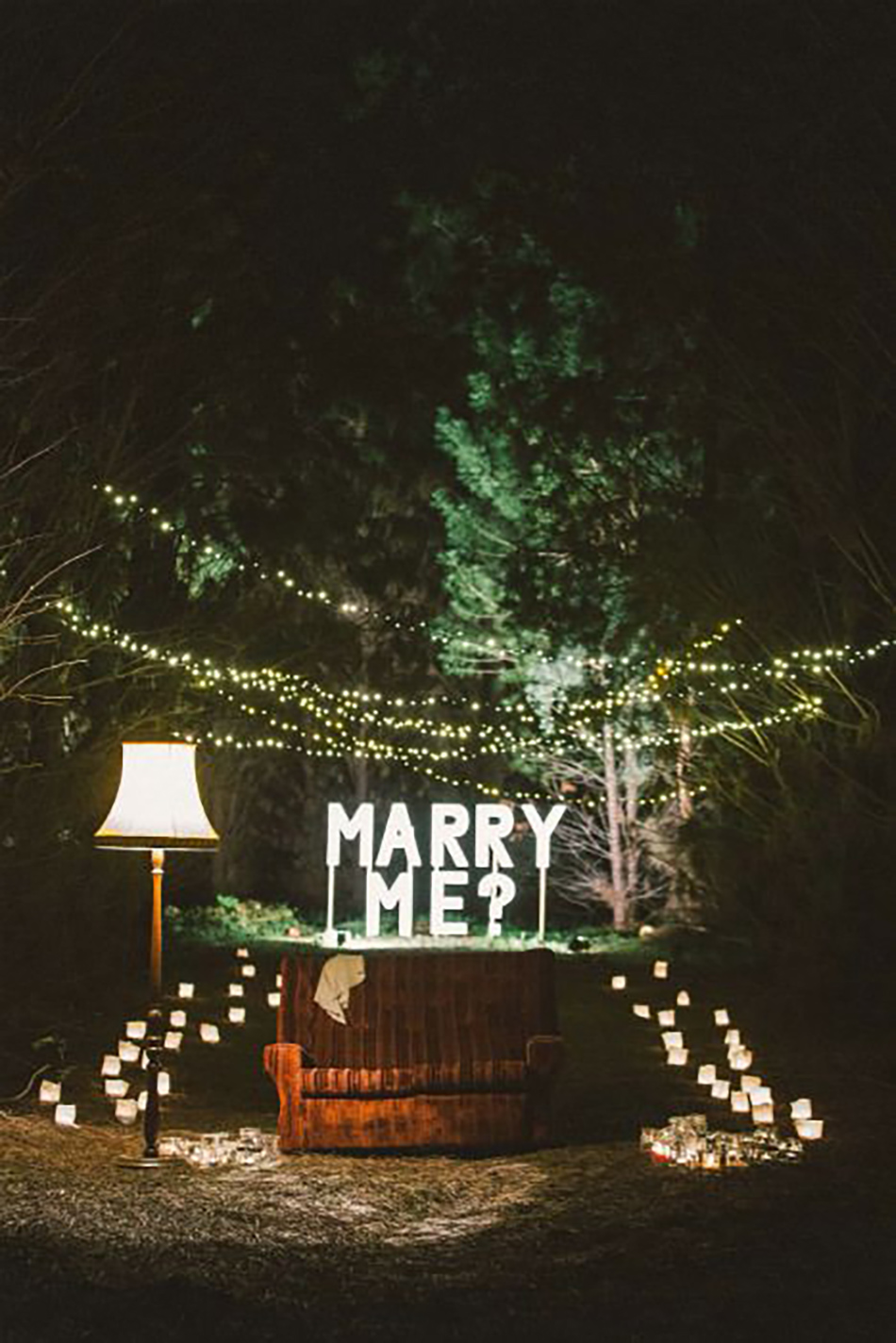 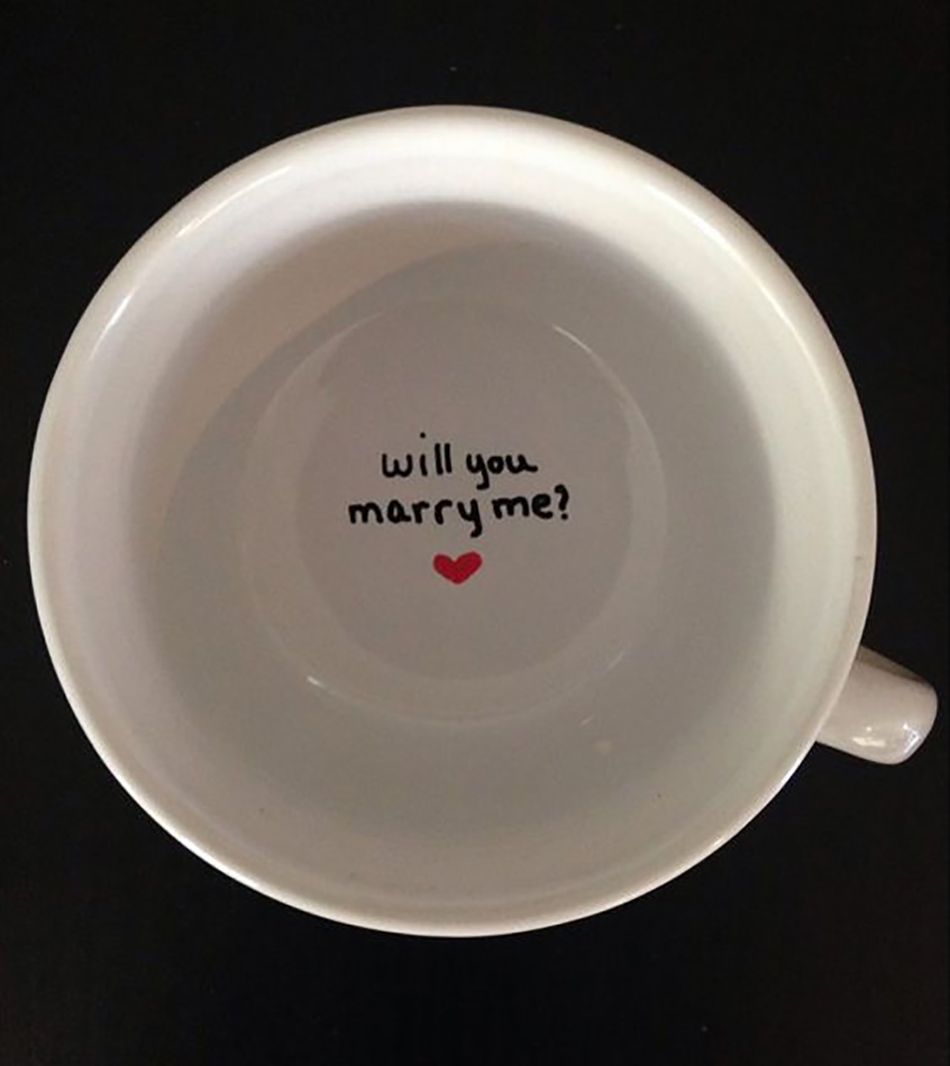 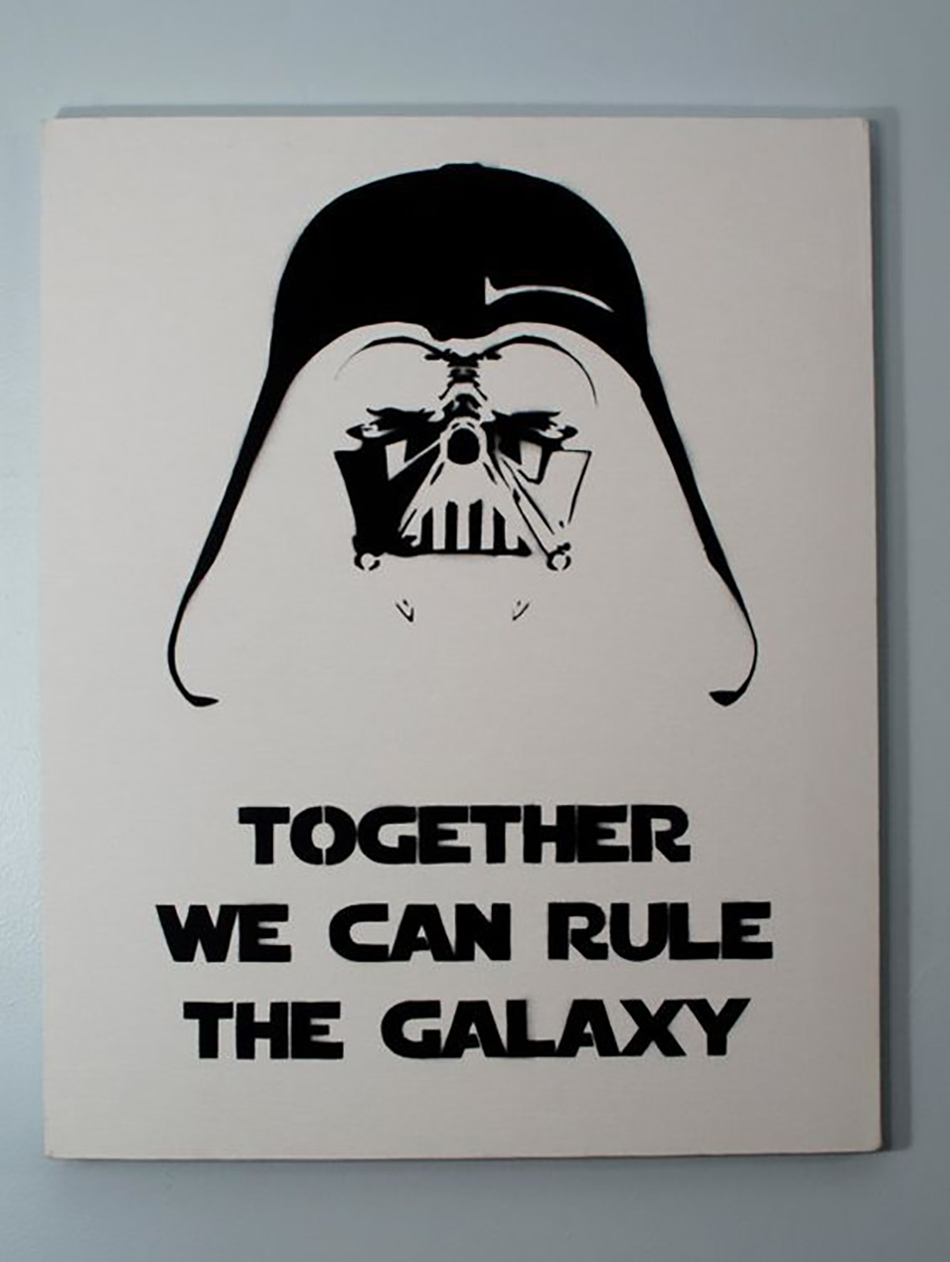